As an ISTJ, your primary mode of living is focused internally, where you take things in via your five senses in a literal, concrete fashion. Your secondary mode is external, where you deal with things rationally and logically.

ISTJs are quiet and reserved individuals who are interested in security and peaceful living. They have a strongly-felt internal sense of duty, which lends them a serious air and the motivation to follow through on tasks. Organized and methodical in their approach, they can generally succeed at any task which they undertake.

ISTJs are very loyal, faithful, and dependable. They place great importance on honesty and integrity. They are \”good citizens\” who can be depended on to do the right thing for their families and communities. While they generally take things very seriously, they also usually have an offbeat sense of humor and can be a lot of fun – especially at family or work-related gatherings.

ISTJs tend to believe in laws and traditions, and expect the same from others. They\’re not comfortable with breaking laws or going against the rules. If they are able to see a good reason for stepping outside of the established mode of doing things, the ISTJ will support that effort. However, ISTJs more often tend to believe that things should be done according to procedures and plans. If an ISTJ has not developed their Intuitive side sufficiently, they may become overly obsessed with structure, and insist on doing everything \”by the book\”.

The ISTJ is extremely dependable on following through with things which he or she has promised. For this reason, they sometimes get more and more work piled on them. Because the ISTJ has such a strong sense of duty, they may have a difficult time saying \”no\” when they are given more work than they can reasonably handle. For this reason, the ISTJ often works long hours, and may be unwittingly taken advantage of.

The ISTJ will work for long periods of time and put tremendous amounts of energy into doing any task which they see as important to fulfilling a goal. However, they will resist putting energy into things which don\’t make sense to them, or for which they can\’t see a practical application. They prefer to work alone, but work well in teams when the situation demands it. They like to be accountable for their actions, and enjoy being in positions of authority. The ISTJ has little use for theory or abstract thinking, unless the practical application is clear.

ISTJs have tremendous respect for facts. They hold a tremendous store of facts within themselves, which they have gathered through their Sensing preference. They may have difficulty understanding a theory or idea which is different from their own perspective. However, if they are shown the importance or relevance of the idea to someone who they respect or care about, the idea becomes a fact, which the ISTJ will internalize and support. Once the ISTJ supports a cause or idea, he or she will stop at no lengths to ensure that they are doing their duty of giving support where support is needed.

The ISTJ is not naturally in tune with their own feelings and the feelings of others. They may have difficulty picking up on emotional needs immediately, as they are presented. Being perfectionists themselves, they have a tendency to take other people\’s efforts for granted, like they take their own efforts for granted. They need to remember to pat people on the back once in a while.

ISTJs are likely to be uncomfortable expressing affection and emotion to others. However, their strong sense of duty and the ability to see what needs to be done in any situation usually allows them to overcome their natural reservations, and they are usually quite supporting and caring individuals with the people that they love. Once the ISTJ realizes the emotional needs of those who are close to them, they put forth effort to meet those needs.

The ISTJ is extremely faithful and loyal. Traditional and family-minded, they will put forth great amounts of effort at making their homes and families running smoothly. They are responsible parents, taking their parenting roles seriously. They are usually good and generous providers to their families. They care deeply about those close to them, although they usually are not comfortable with expressing their love. The ISTJ is likely to express their affection through actions, rather than through words.

ISTJs have an excellent ability to take any task and define it, organize it, plan it, and implement it through to completion. They are very hard workers, who do not allow obstacles to get in the way of performing their duties. They do not usually give themselves enough credit for their achievements, seeing their accomplishments simply as the natural fulfillment of their obligations.

ISTJs usually have a great sense of space and function, and artistic appreciation. Their homes are likely to be tastefully furnished and immaculately maintained. They are acutely aware of their senses, and want to be in surroundings which fit their need for structure, order, and beauty.

Under stress, ISTJs may fall into \”catastrophe mode\”, where they see nothing but all of the possibilities of what could go wrong. They will berate themselves for things which they should have done differently, or duties which they failed to perform. They will lose their ability to see things calmly and reasonably, and will depress themselves with their visions of doom.

In general, the ISTJ has a tremendous amount of potential. Capable, logical, reasonable, and effective individuals with a deeply driven desire to promote security and peaceful living, the ISTJ has what it takes to be highly effective at achieving their chosen goals – whatever they may be.

via Portrait of an ISTJ. 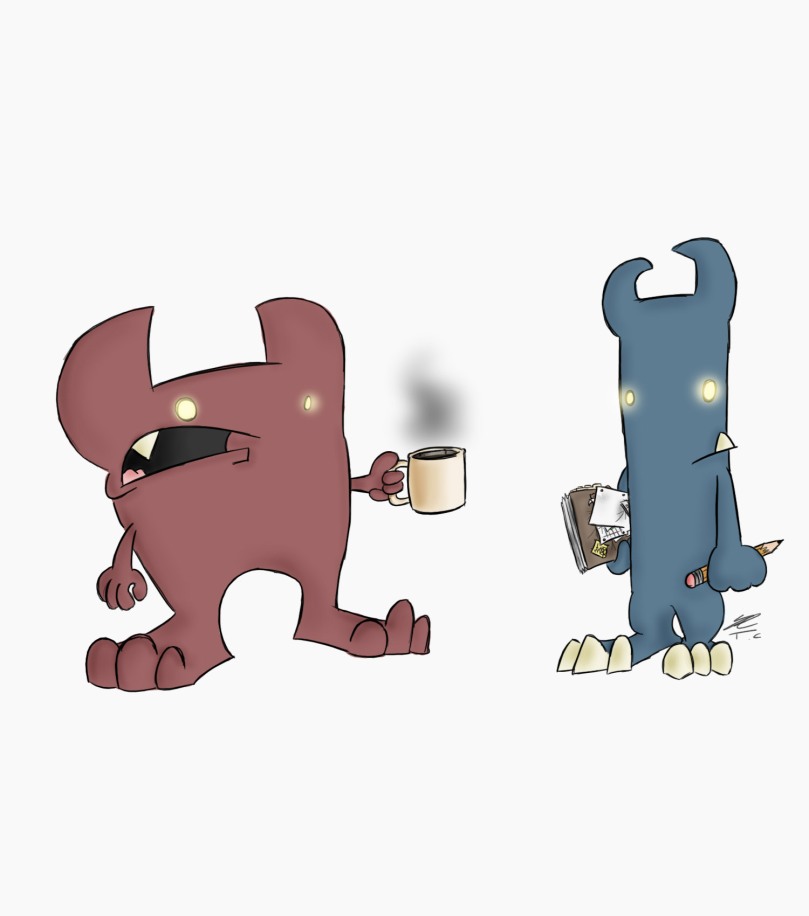 Demons who enter your circle
Must be pushed out.

No matter what world you walk in — office, school, temple, prison, or the streets — there is an underworld populated with demons. These are people who are avaricious, aggressive, sadistic, and cynical. They not only take advantage of others without compunction, they delight in it. They find pleasure in seeing others suffer.

The why of it cannot be answered. There is only the fact, with no metaphysical meaning or other ramifications. It is not karma, it is not fate. If these people decide to attack you, it is circumstance. You must fight or be mowed down.

Compassion and humility may be among the most treasured of human virtues, but they are not useful in conflict. A beautiful gold statue of your most adored god is a treasure, but you would not use it as a weapon. Virtue is to be value in the proper context; only a sword will do in battle.

Whether an attack is physical — assault, rape, murder — or whether it is mental — business intrigues, emotional abuse — you must be prepared. It is best to prepare for conflict by learning as much self-defense as possible. You will not become a bully or a monster, but instead, you will learn that you an respond to any situation. If you are never attacked, that will be wonderful. Training will still help you work out your fears, inhibitions, and anxieties. In the case of conflict, no one, not even a veteran, is ever sure that they will come out alive from a confrontation. But they resolve to go in there and give themselves a fighting chance. This in itself is a triumph over evil.

Back to top
Beard for Days

Latest articles and images on men's beardstyles in 2017. From celebrity beards, to athletes and Tips for Styling and Taking Care of Your Beard.